You’ve got questions, we’ve got answers. 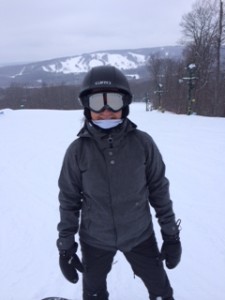 Why is this site here?

www.graysontrays.com was created so that adults would have a web site of their own. Most publications dealing with the sport are still geared toward teenagers and even younger children. Adults may have different needs, interests, desires, and concerns, than adolescents and children.

Why would anyone want to be a gray on a tray? I hate that name.

The term “grays on trays” is an old term of slang, going back to at least 1996. It was meant to be an insult, but soon, adults took it on as their own. (This follows a pattern in human history: group A insults group B with a new term; group B embraces it.) Still, if you don’t like gray, note that the official logo of the site is rather colorful (see the bottom of this page).

How old are Grays on Trays?

If you look at media reports about adults who snowboard, you will find “grays on trays” being defined as people over 60, people over 20, and everywhere in between. At this web site, we define it as anyone 30 and over. We do this for two reasons: one, it respects the traditional age at which a person is said to be “over the hill.” A second reason is that it echoes back to the baby boomer slogan “don’t trust anyone over 30.” Now, that’s us!

Far from it! Many adult riders take up the sport because they want to ride with their children.

I’m not a kid anymore. Are you sure I should try snowboarding?

Sure, snowboarding may look like a teenager’s sport, but it doesn’t have to be. Too often, folks who have graduated from high school, gone to college or straight into the workforce, and gotten started with careers or families of their own can get the feeling that they are too old for snowboarding.

It ain’t necessarily so! Whether you are a crossover skier looking for some variety, want to ride along with your kids, or are new to snow sports entirely, you, too, can learn the fun and challenge of snowboarding, if you’re willing to put in some work.

Shouldn’t I be doing something more sensible, like playing golf?

There’s nothing wrong with golf. But why don’t you read the Top 10 reasons why snowboarding beats golfing.

Some are, some aren’t. You don’t have to be one to enjoy the sport. And of course, only a few youngsters are punks, anyway.

Seriously. Does anyone my age actually ride a snowboard?

You may be surprised to discover who “gray on tray” riders are. They range from 30 year olds to people in their 70s. Scratch that. In their 90s. Hear a few of them explain why they are not too old for snowboarding. In fact, you just may find someone just like you.

“Well and good,” you may be wondering. “But isn’t snowboarding dangerous?” Use that gray matter you’ve got and learn how to ride safely.

Can you recommend a book on snowboarding?

There are a lot of books about snowboarding. Unfortunately for us “grays,” most snowboarding books are meant for juveniles, and written in that style. Some, however, are not.

Where can I learn more about snowboard equipment?

We’ll help you with the basics of gear if you’d like, though we’re not gearheads. For hands-on expertise, look for a specialty retailer near you.

When did snowboarding begin? I want to learn about its history.

Here’s a short timeline to give you an idea of the history of snowboarding.

Which is it, “snowboarding,” or “riding?”

Either one is acceptable. Some of us have even been known to not flinch when people who don’t know better call it skiing, as in “so are you going skiing today?”

I had a hard time finding you, because I was looking for G-R-E-Y-S. Why did you use the wrong spelling?

Sorry for the confusion, which is inherent in the English language. Both gray and grey are acceptable spellings. “Gray” is more common in the U.S., while “Grey” is more common in British English. Since this site is published by a U.S. citizen, the site reflects the American usage. We have, however, secured the address www.greysontrays.com for those of you who prefer the British spelling.

Where can I ask other questions?

For a long time, we had a  discussion board, but that has fallen victim to Facebook, so it hasn’t had any new comments in quite a while. You can still find some valuable information there. You may also ask a question on our page on Facebook.